Make the most of your Disneyland vacation by staying on property to take advantage of Disneyland Early Entry.

One of the things to think about when planning a Disneyland vacation is how to make the most of your time. There is so much to do and see, it’s hard to try and fit everything in.

I recommend making a list of the things that are most important to you on your trip. Get the entire group in on the planning and print off these free Disneyland To Do lists for everyone to fill out.

Along with having a solid plan of what to accomplish while you’re there, arriving at the park early helps to get some of the busiest and most popular rides out of the way before crowds start getting bigger into the midmorning/afternoon.

What Is Disneyland Early Entry

Disneyland has now done away with both Magic Mornings and Extra Magic Hour. They have a new program called Early Entry. And unlike the old way, where only one park each day had the extra morning hours, early entry includes both Disneyland and California Adventure.

Guests staying on property at the Disneyland Resort can experience early entry into either Disneyland or California Adventure. (whichever theme park your reservation is for) every day of their stay. That means if you are staying at the Grand Californian, The Disneyland Hotel or Paradise Pier, you can experience 30 extra minutes in the park before official opening time.

A valid park ticket and reservation to enter the parks is still required in order to take advantage of the early entry option. And more than likely, you’ll have to show your room key or reservation to get into the parks.

If you’re staying at the Grand Californian, make your way down to the DCA entrance right at the hotel to get into the park for early entry. When we used it, we did have to show our room key in order to be let in for that early time. In order to get into Disneyland for early entry, Grand Californian guest will need to go out to Downtown Disney to the entrance to Disneyland.

Disney’s Paradise Pier hotel and The Disneyland Hotel guests will have to go through Downtown Disney to get to the entrances for either park.

For Disneyland, you will need to stick to the left toward tomorrowland, next to Plaza Inn. That is where you will show your hotel reservation. And for California Adventure, stick to the right toward Carthay Circle.

The other park guests that are going to be waiting for regular rope drop, park opening time, will be held at the ropes at the end of main street and at Carthay Circle.

What Rides Will Be Open During Disneyland Early Entry

The following attractions will be open at Disneyland during early entry. Head toward Tomorrowland and Fantasyland to find the following rides.

Please note that any of the above rides my be closed during your trip for various reasons. Scheduled maintenance can happen at anytime. So check to see which rides will be under refurbishment during your trip to help you plan better.

The following shopping and dining locations will be open during early entry hours at Disneyland.

These are the attractions that will be open for early entry in California adventure. Make sure to take note, since they are spread throughout the park.

Please note: any of the above rides my be closed during your trip for various reasons. Scheduled maintenance can happen at anytime. So check to see which rides will be under refurbishment during your trip to help you plan better.

The following shopping and dining locations will be open during early entry hours at California Adventure.

It’s always a good idea to have a plan of attack when thinking about your mornings in the parks. Especially with Early Entry. There are only a certain number of rides open, and you want to make the most of your time while there. Sometimes rides will temporarily be broken down and you’ll need to pivot.

Having a good plan or strategy for early entry will set you up for a successful day at the park. Even with all the other guests who are wanting to rope drop and just waiting for official park opening time.

NOTE: During early entry, the wait times and temporary closures are noted in the Disneyland app. Only for the rides that are open for early entry though. So you will be able to check those during those 30 minutes and also before rope drop. That might help rope droppers plan their morning strategies as well.

If disneyland is your starting park and you’re headed there for early entry, think about the guests in your party. What are the rides that the group really want to get done. With little ones maybe it’s Fantasyland. Older kids maybe it’s more thrill rides. Once you know what rides are most important for your group, you can plan your strategy.

For groups with small children, I would suggest heading straight to Fantasyland. These are the rides I would do first:

Try and get all of these rides done, if possible, in 25 minutes. Then right before official park opening, either get in line for Storybook Land Canal Boats.

Or if Rise of the Resistance is one you are really wanting to get on with low wait times, line up for rope drop at the back of fantasyland into frontierland. And head into Galaxy’s Edge as fast as you can once they drop the rope. Sometimes, Rise might not be open first thing at park opening. So there is always that chance you get back there and it is closed.

For groups with bigger kids that like the thrill rides, I would suggest heading into tomorrowland. These are the rides I would do first:

If you can do at least 2 of these in the first 25 minutes of early entry that is awesome. If you wanted to skip buzz because it’s almost park opening time, you can always come back and do that later. But I would make sure and be in line for either Matterhorn, Peter Pan or in line for rope drop for Rise of the Resistance 5 minutes before official park opening.

And if you can make it happen, I would grab a picture in front of the castle during early entry. There are less people in the park so less traffic going through the castle. I love an empty castle picture!

If California Adventure is your starting park, I recommend getting to the gates 30 minutes before early entry begins. I even recommend going through the main gates. Yep the main gates. Even if you are staying at one of the hotels with an entrance right into DCA.

The main gates have several entrances and lines to choose from. And if you’re at the main gates, you’ve already gone through security. At the private entrances, there are only 2 security lines and 2 entrances that will be scanning tickets to go into the park.

Again, make sure you know which rides are most important to your party so you can get those done first and make sure you are set up for the rest of your day when the park officially opens.

There are less rides to choose from in California Adventure, so plan accordingly. This is what I would do.

And then get in line for Radiator Springs Racers. ONLY get in line for racers if you have a minute or two before park official opening time. As long as you don’t have any breakdowns on these rides, you will have minutes to spare to line up. And you get to line up in carsland, right at Luigi’s. You’ll be so close.

If these rides aren’t for your group, I would then recommend:

And then get in line for Toy Story Midway Mania. After Toy story you can hit all the rest of the rides on Pixar Pier. Like emotional whirlwind, silly symphony swings, Goofy’s sky school, jumping jelly fish, and the Golden Zephyr. Then go over to Soarin and wait in line there.

NOTE: If a ride you had in your strategy is temporarily broken down, pivot. Go to the next ride on your list and then keep checking the wait times in the app to see if it reopens before early entry is over. That’s why it’s always a good idea to keep in mind which rides are open and important to your group.

If you are planning on rope dropping either park during your disneyland vacation, but are not staying at one of the 3 Disney Hotels here’s what you need to know. Early Entry will most likely NOT affect your rope drop plans or strategies.

Early entry guests will have already done all the rides they wanted to do and have moved on to the rest of the park. Wait times for things like Peter Pan or Webslingers will be 5 – 10 minutes longer, but most other rides will be the same as they were before early entry guests.

What about trying to rope drop Rise of the Resistance. When we tested this strategy, the first riders of the day were a mix of those with early entry and those without. So your chances of getting on pretty quick as a rope dropper are the same as they were before. If Rise is operational at park opening, and not temporarily closed, you can still do rope drop.

As for Radiator Springs Racers, early entry guests do have a leg up on rope droppers. Again, if the ride is operational at park opening, you should be fine with rope dropping this ride.

But take note! When I say rope droppers, I mean those that are toward the front of the rope drop crowds have just as good a chance. If you are in line for rope drop, but are half way down main street, you will be waiting in line at Rise of the resistance. Same with racers if you are back by the fountain at Carthay Circle, there will be a longer line at racers if you decide to rope drop.

For the best rates on rooms at the 3 Disneyland Resort properties, I recommend purchasing your hotel and ticket package through Get Away Today. They have worked closely with Disney for over 30 years helping families plan magical and affordable vacations.

In fact, when we surprised our kids with a stay at the Grand Californian for Christmas, we made all our travel plans with Get Away Today. I’ve been using them for all my Disney travel for years. Their customer service is excellent. Read more about why you should use Get Away Today to plan your vacation.

Let me know if you have any questions about Early Entry and I’ll help you plan the best Disneyland vacation ever! 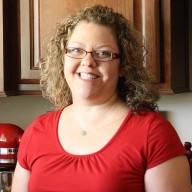 Liz Call loves to create. At Liz on Call you can find easy and attainable craft, DIY, party and gift ideas. Along with tons of free printables featuring her hand lettering designs and practice sheets. She hopes to inspire others to find something fun in everyday with her simple ideas and recipes.
Author Bio Box by HOI
Author:
Liz Call
Categories:
Mentions:
Disney ideas, disney travel
Keywords:
Disneyland Early Entry
Last Updated:
January 16, 2023